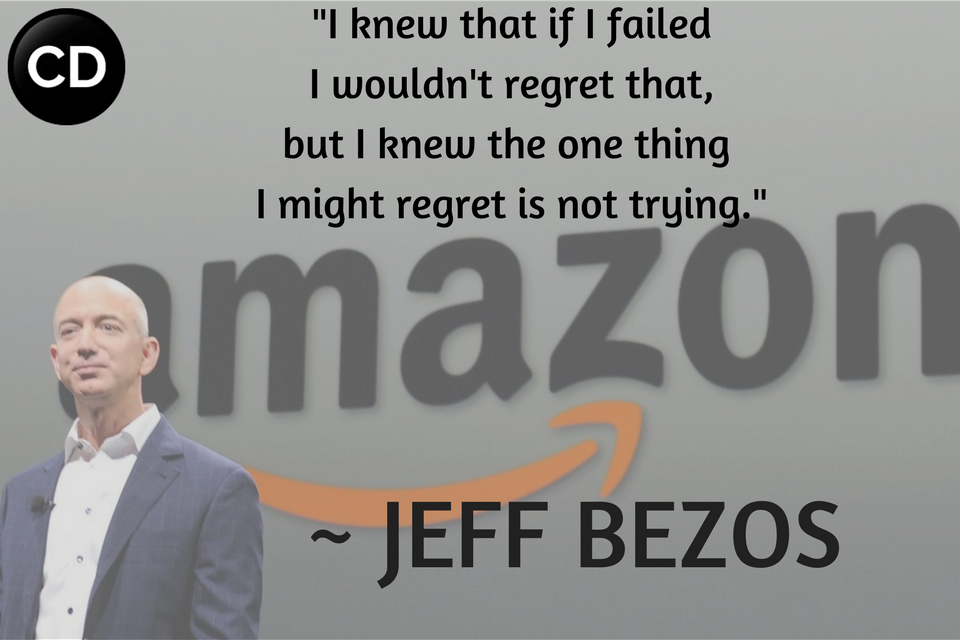 Amazon, a great and leading name in the online industry and the title possessor of the world’s largest online retailer. The company was commenced almost two decades ago, in July 1994. Its story sprang from a garage and now reached the dominant market position, in the world.

The Amazon’s story begins in July 1994 in Seattle, Washington, United States, Jeffrey P. Bezos founded the company. The innovative idea of Amazon derived from the revolution of the internet in mid of the twenties, where Bezos quit his post of vice-president of D. E. Shaw & Co., a Wall Street firm to start the internet company. It was incorporated as “Cadabra” in the beginning, later on, following year the name was modified into Amazon. The company also provides service of cloud computing to the various sector by the name of Amazon Web Services.

Amazon is currently working at a global level, with an aim to reach the highest number of users across several countries which are using its services. Till date, it has registered its presence in several countries like; China, Japan, France, Germany, Italy, Netherlands, Spain, United Kingdom, Canada, Mexico, United States, Australia, Brazil and countless further countries. Amazon is mostly known for its products in the categories of- Books, DVDs, Apparel, Baby Products, Electronics, Beauty, Gourmet Food, Groceries, Health and Personal Care, Industrial, Scientifical, Kitchen Commodities, Jewelry, Watches, Lawn & Garden items, Musical Instrument, Sports stuff, Tools, Automotive items and toys and so much more expanding day by day. In addition, there are some local products which are sold by the country, specific sellers.

During the commencement of Amazon, Bezos raised capital from his parent’s personal savings. The company raised Series A funding of $8 million from Kleiner Perkins Caufield & Byers in 1995. Later on, in 1997 it raised additional capital from the public at $18 per share. And in 2001, the company raised $100 million.

Amazon has acquired 77 companies and invested in 51 companies. Its first acquisition was made in 1998. Some of its major acquisition and subsidiaries are:

and so on, many acquisitions and subsidiaries.

The company has followed a typical strategy to achieve leadership across the country. In many countries, it tried to acquire the already market leaders and in others, it tried to engulf its competitors through acquisition or making them difficult to handle their operations by introducing vast discount sales. It’s expanding portfolio is basically an answer to complete its portfolio and on the other to capture a market leader in a particular country.

Amazon’s growth structure consists of sellers, low cost, customer experience, minimum price structure, and traffic on its online portal. It aims to give better customer satisfaction with the huge variety, cheapest prices and quickest assistance times. The company’s thought was influenced by the revolution of the internet. In the beginning, it just started with the top twenty products that they could conceivably trade on the internet, so they selected books to sell because of its worldwide demand and low cost. They got a huge success in it, in the first two months, Amazon grabbed all the market in 50 states across 45 countries. And its sales reached up to $20,000/week in that two months period.

The company is keenly interested in exploring technology and wants to utilise that to the zenith for its business. Amazon is proposed to provide maximum services to its customer at effective prices on their doorstep. It is a group of thousands of companies that rely on the decision of Amazon’s. This concept is universal everybody knows who has knowledge of platform and ecosystem economics. For the extension of any business, it is important to break the traditional outdated rules and reconstruct it to the modern ideas of competency in the industry.

This is what the company did, it obtained sales from third-party sellers. Allies of Amazon receives a commission for every referral link sale earned by Amazon. Amazon Affiliate Program became the second most successful advertising network after Google Ads, in the mid of 2014, when its program is used by 1.2% by all sites. It is now, usually using on all another website as a link to refer and earn. Now globally, the company has 900,000 satisfied members through its affiliate marketing concept.

Next big move of Amazon is to take over the whole food market by the end of the year 2017. And here it goes, on 16th June 2017 the company announced to acquire Whole Food Market for $13.7 billion at $42 per share. Amazon is all set to insert its web in the food market. Whole Food Market Inc. is an American supermarket chain and renowned for its organic food chain, without any artificial preservatives, colours, flavours, sweeteners and hydrogenated fats.

Whole Food Market will work as a subsidiary of Amazon by the end of 2017. It’s a sweeping move of the company to revive food market again if Amazon reinvests in its intensity: maintaining the quality of the product as that was earlier. It was endless successful and profitable of any grocer in the world. Again Food Market can compete with its rivals like Kroger, Costco and Trader Joe to thrive its position with the help of the company.

Well, it’s a great move for the company to acquire Whole Food Market. Now both can do the thing together which one can’t do alone. And Amazon’s strategy also explained the aforementioned theory of breaking the traditional rule and set the new standard in this fast-moving era.

At present Amazon aspires to focus on Asia- the southeastern part. As it’s growth structure consists of sellers, low cost, customer experience, minimum price structure, and traffic on its online portal. Is this structure going to be a hit in south-east Asia? Did the growth structure of Amazon could possibly work here? Amazon’s entry in Southeast Asia is going to be more intricate than its entry in other big markets like the US or Europe. There is various factor comprising of complexity are the internet, payment mode, unbanked, language, travelling and warehousing capacity, disparity regulations, highly striving middle class and crepitant infra etc.

The company has a tough challenge to spread its roots in south-east Asia. But it can concentrate on Thailand, Malaysia and Singapore prime as the country has better than other ranges, means of transportation, internet penetration, better infra and a hassle-free air or sea shipping to other south-eastern countries. These countries sway to help Amazon achieving its goal to acquire south-east Asia market also.

Will 2018 be the year for Amazon or Alibaba?

Alibaba also rose to invigorate its limit from China to south-east Asia. Alibaba signed the deal with Malaysia to increase its operations. Alibaba is a giant e-commerce industry player in China and for the very first time Alibaba trying to extend its reach.

Both the companies are boarded in the same boat with the aim to acquire south-east Asia. Alibaba entirely depended on third-party sales while Amazon holds first-party sales. As Alibaba traditionally converged toward sellers in the market and assumed that its variety and costs will encourage consumers back to its market. On the other side, Amazon has its strong strategy besides the belief.

However, if both Amazon and Alibaba tie the knot and decide to work unitedly than it would be an exceptional tie-up in south-east Asia. They both can together become a giant in e-commerce in the world.

What’s in there for Amazon?

Amazon has become a household name in the past few years- thanks to its increasing portfolio and the marketing efforts it has taken. It has been introducing innovative ideas in different segments which were never thought of before. Amazon Prime videos have a potential to give a strong competition to the online television channels, Amazon pantry is an interesting concept which has been introduced in certain countries and cities. The sample products is yet another creative way to grab consumers’ attention. Interestingly, Amazon is setting its foot in all the countries step by step often experiencing tough competition from the local players.

Out of Amazon, it is totally expected that it will be remodelling the concept of online retailing. Introduction of AI is supposed to provide a new meaning to the industry. It is yet to be discovered how it will fare with technology in one hand, yet it is interesting to see it as a forerunner in creating opportunities in the industry. Investors expect an extraordinary rise in its stock price considering the dominance it is creating in cloud services and TV. It has several competitors at global and regional levels and it is clear that no firm is going to leave any stone unturned. It is going to be exciting to observe how different firms fare for e-commerce and cloud computing services and what innovations come out of this strong competition.