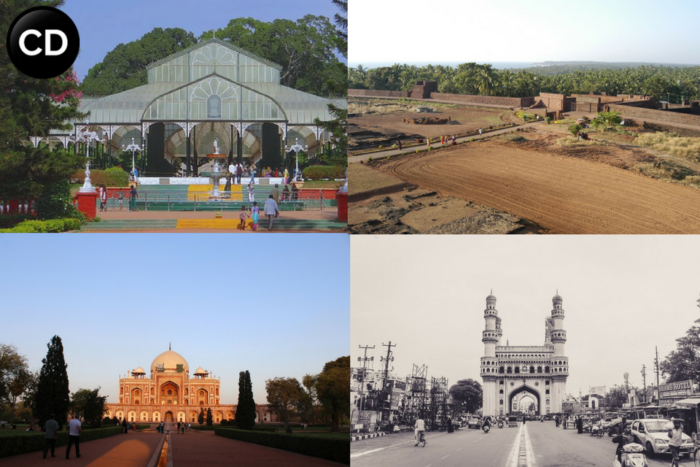 Little Black Book (LBB) heading toward to lead the cities by becoming the key player in the one-stop shop for unique local discovery in the large cities. The Delhi based LBB startup was founded by Suchita Salwan in 2012. Little Black Book (LBB) is one-stop-shop for every wonderful thing in the city; discovering all best places and things like events, stores, spas, cafes, bars, restaurants, food, shopping, travel, adventure and lifestyle. The startup is a mobile and web-based platform facilitating the unique exploring and sharing local businesses. The list is still counting its category and developing accordingly. The five-year-old startup, guiding the 8 major cities of the country and set to expand at international level.

Little Black Book (LBB), a platform recommending and providing unique local exploration by the use of modern techniques. LBB started from Delhi NCR, and currently working in the following mention cities of the country like Delhi, Gurgaon, Mumbai, Bengaluru, Pune, Kolkata, Chennai, Hyderabad and Goa. LBB currently has 18 categories and 30000 references at their platform. LBB the mobile and web-based platform app is so easy to use, instinctive and flexible using hugely by the users in the major city to access the things easily.

“We aren’t a me-too startup, we didn’t operate in e-commerce or offer any tangible product so users took time to come around. In fact, for the first two years no one got it, even though we were showing a good amount of traction,” said Suchita Salwan.

The platform is formed by the mixture of the image and text-based features and video-based concepts of articles. The content is the main source for the Little Black Book to engage with its audience at the local level. For this, they partnered with local SMEs and also with the large brands at the global level including Coca-Cola, HTC, Samsung, Airbnb and Nestle, etc.

The Little Black Book came into existence when Suchita Salwan wanted to explore the city, where she lived; in Delhi. In her weekends, all she craved to explore the culture, dining and entertainment of the city. But she had only two options JustDial and Zomato, which was very limited when she had to plan for her weekends and night out plans. Similar to Suchita Salwan, the crowd wants to explore the city beyond the provided information on JustDial, Zomato and BookMyShow. They only had limited option for the information Like JustDial informing about the go-to-places and local businesses, Zomato informing about the food and restaurants and BookMyShow informing latest movies, plays, events going to take place in the cities, this in the entertainment part.

The given information is not reliable if the crowd wants to discover any other things in the list, excluding the famous and known part, which was on repeat, no new places to explore. What if someone wants to explore undiscovered places of the urban city, which was still out of the reach from exploring, some specific interesting and exciting events. Simply, the places where they can spend an adventurous and awesome evening with friends. Where the idea origins of Little Black Book (LBB) to explore each and everything one needed to discover and wants to visit, the LBB will help them to reach and explore the undiscovered places, cultures and things.

“We have proven that urban consumers want to move beyond traditional Yelp-esque listing and aggregator platforms; they seek more than just food and event discoveries. As a media-tech business, our north star has been driving not just monthly active users, but delivering a product that draws a highly engaged and sticky audience,” says Suchita Salwan.

The initial journey of Little Black Book (LBB) was not so easy, first 2 years (2013, 2014) were bootstrapping through those years, and taking minimal revenue and investing in our product, says Suchita Salwan. She spent a lot of time with the SMEs in Delhi to understand the difference and to fill the gap lies between the consumers and big brands. Little Black Book (LBB) is a revenue-generating company that believes in making money, as they are expanding their reach and scale. LBB raised the total amount of  $2,349,546 funds, three times in last five years:

Investors of the LBB:

Little Black Book (LBB) declared that their traffic has grown 300% in last one year, which is organic, with 2 million active users and over 500% growth in their revenues. Currently, LBB has 2 million users on their platform. LBB platform providing community-driven recommendations as a tool to engage with the audience. The LBB has expended its reach, in last one year, from a single city to 8 cities now in India.

During their initial time, they curated all their content with their in-house team of content writers, which includes 10-12 members. The team was managing 3 most popular cities, now cities are a part of LBBs work, with the network of 1000 members. Some of their contents became so popular and publish in a trending hashtag “#ifoundawesome”, made their path a little bit easy in the crowd of making fame for LBB. But the journey to reach massive users and to connect with them was not so easy, with the help of content only.

“Initially, it was about getting people to wrap their head around what exactly a discovery and recommendation platform was about. Was it a blog, did it have any value, what did it give readers – getting readers to trust us was the first hurdle we faced.”- Suchita Salwan said.

Being able to understand both the interest and a brand’s outreach, she spent a lot of time with local entrepreneurs of Delhi, which helped her to develop the product of LBB according to users. Now after an elbow-grease of five years, Little Black Book (LBB) made a unique platform different in many ways to other which was not ingenious to make. But LBB did it after lots of ups and downs and toil.

Most of the local discovery platforms only focused on the particular like be it food, travel or adventure, majorly focused on the particular area. But LBB has a broad expansion of events, food, travel, adventure, lifestyle and shopping, etc. so much more the user wanted to explore. They have targeted audience of 18 to 35 years, the age group has the widest interest of exploring the new and unknown one in the city. For every digital marketing platform, millennials are the most important part to target. They are very active on social media, knows the latest trends, and have knowledge of the places and most of all they are tech-savvy.

Millennials are the prime consumer for every digital marketer out there – they are tech-savvy, informed with the latest trends, and very active on social media. However, they are highly unpredictable, in that marketers are still trying to decipher what works and don’t work with them. In such a case, having a platform that works for the twin purposes of “serendipity” and “exploration,” is ideal to tap into the minds and wallets of the millennial consumer. It provides them with a chance to be cool and different, two things they value a lot.

But the question arises that LBB has maintained its reputation the same as was in the beginning? So much competition in the environment and to compete with other competitors in the market, does LBB is on the right track? Well in this context we can say they have to maintain their goodwill. As our market research states that Little Black Book (LBB), they are providing such an attractive heading and tagline to their content but in actuality, they are not sharing the worth information and content inside the attractive tagline articles.

In this ambitious world, where everyone wants growth, success and wants to move ahead. Here are some rivalries of Little Black Book (LBB) are Timeout, Thrillophilia, Holidify, Sulekha, Zomato, BookMyShow and JustDial. However, Zomato, Holidify, etc. are such competitors of LBB who are hunting their specific need or interest category customers. Despite the fact, LBB also losing their authenticity and fame, by not maintaining the content as interesting and worth informatic, to attract and engage the customers.

LBB is planning to grasp and extend its reach in the international market. LBB disclosed that the recent funding from Blume Ventures will be used in reinforcement of the senior management hiring and expanding to cover the international market in the cities of Asia Pacific region and the Middle East. Let’s watch out how much successful it is going to be. All the platforms like LBB, Sulekha and ilk have the glorious opportunity to make the most out of their home.

Now the question raised that will LBB be the leader among all the competitors from the same platform? Without losing its accuracy and reliability factor, that it can achieve its target to acquire the whole platform of unique discoveries and findings. We wish Little Black Book (LBB) a great success ahead.