GreyOrange: End-to-End Automation Solutions to the Warehousing and Logistics 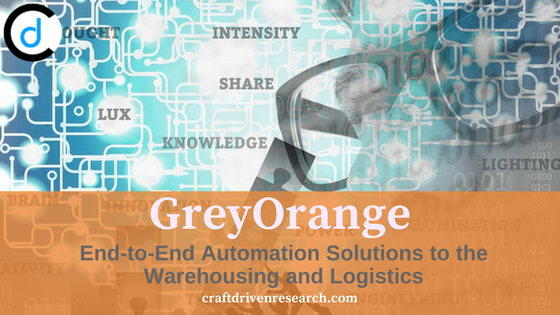 GreyOrange Pte Ltd journey started from the building humanoids now turned into the world’s one of the largest automation companies today. A Gurugram-based hardware and automation startup, GreyOrange providing warehouse solutions found in 2011, co-founded by Akash Gupta and Samay Kohli. GreyOrange is a multinational technology startup providing services of designs; manufactures and deploys advanced robotics systems for automation at distribution and fulfilment centres.

The startup combines expertise in robotics, hardware and software engineering to solve operational inefficiencies in warehouse operations at both third-party logistics vendors as well as companies with in-house logistics functions. With in-house Mechanical, Electrical, Embedded, UI/UX, Software department and quality assurance teams, GreyOrange ensures an unquestioned quality of all their products.

“We have now started regional offices across India for product maintenance and support. Support offices have also been set up in Bangalore, Mumbai, Delhi, Chennai, and Hyderabad to help our customers handle their loads. This would have been a major roadblock if our operations team couldn’t scale up immediately,” said Samay Kohli.

Initially, GreyOrange was launched as a robotics space education and training company in 2009 and later on emerged as an automated robot manufacturing company in 2011. They were invited at IIT Bombay to take part in robotics workshop (humanoid) and other colleges too started inviting them, Akash and Samay. Through these workshops, they were making good pay but one thing they were very clear about that they were not working on the same for so long. So, they began with making white labelled products for various other companies, such as:

“I started understanding the importance of getting the right abstraction (very well structured in programmes) from the real world. For example, while programming for a pump, you’ve to make sure that all the different attributes of that pump are kept in your data structure in order to perform different actions on it. This becomes even more important when we’re building longer-term products,” said Akash.

After 3-4 white label product making, they both realised that they were working with way too many technologies and products. So they decided to select a particular industry to solve a global problem, the problem which requires both software and hardware application solution and the solution has to be disruptive enough. They finally got three industries:

They choose to work in the warehousing and supply chain industry. Now the startup builds robots to operate warehouses activity in retail, logistics, and e-commerce companies with a goal of quicker deliveries and minimal errors in the process.

In 2012, GreyOrange raised half a million dollars from Blume Ventures and Bitspark Angels as its seed funding. The startup had raised an undisclosed amount of funding in Series A from Blume Ventures and Tiger Global Management in 2014 and in 2015 $ 30 million from Tiger Global Management in Series B. The investors were as follows:

A team of GreyOrange is working on technology platforms to enable with mobile with changeable accessories. The team is also preparing to launch the concept of unibots in the coming five to seven years. The startup wants to have the largest warehouses with 10000 robots.

“In next three to five years, we’re looking at warehouses running with mobile platforms with changeable accessories. We really want to get to the point where you don’t have any fixed infrastructure that’s running in the warehouse. These mobile platforms can attach themselves to different accessories and can work as lifting units, or conveyors or robotic arms or static platform,” said Akash Gupta.

“GreyOrange’s products are disruptive. For example, while other companies in the world offering linear sorters have a lead/installation time of at least three-four months, we do it in as less as four weeks,” said Akash.

The concept of the GreyOrange is simple elegant hardware disrupting the industry with extremely complex software. Through this technology in the coming years, the concept will be the saviour of the major market players helping in their warehousing systems.