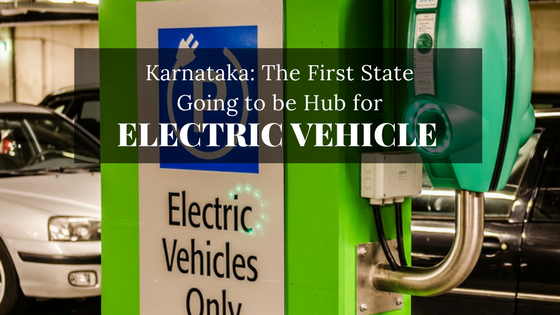 This new year begins with a fresh start in technology and innovation and pushing toward a beginning of a new era in technologies. Electric vehicles have always been a hot topic and the buzz model in the mobility industry. The highlighted developmental news of past 10 days, following the Central government’s FAME India, subsidised scheme, recently, the Karnataka government announced the purchase of 640 electric mobility vehicles.

The Karnataka government came in upfront on Nov 30, 2017, later on, postponed to Dec 30, 2017, revealed their action plan, they are going to adopt the electric vehicle and energy storage policy intended to aim of creating a conducive environment, providing opportunities for developing R&D in electric mobility and focussed to build necessary infrastructure according to need of the electric mobility.

Recently, the state government got the approval to purchase the electric vehicles. Let’s take a dive why the initiate primarily taken by the Karnataka government, what the major purpose and steps taken in the support of the policy, what are the pros and cons impacting the mobility industry and the state government going to face.

Eco-friendly vehicles promotion was launched in 2015 by the Faster Adoption and Manufacturing of (Hybrid &) Electric Vehicles (FAME) providing monetary and fiscal incentives for adoption across the country. The state government desired to make Karnataka a hub ‘Make In Karnataka’ drive for the production of alternative fuel vehicles. Through this policy formulating work opportunity to 55,000 people from both the mode supply and demand and to attract investment of INR 31,000 crore which is worth $4.83 billion in the state. Also, the Karnataka’s Transport Department is planning to begin electric autorickshaws in Bengaluru and thus, become a market hub for technologies in vehicles both hybrid and electric.

Pros and Cons of Electric Mobility:

The government’s initiation of electric vehicles is a great beginning for the creation of the country’s first Electric Vehicle (EV) capital of India. The Karnataka’s transport corporation will manage the commuting public, save fossil fuel and protect the city’s environment through eco-friendly vehicles. This is just a first baby step to The government of India’s goal of achieving 100% electric vehicle by 2030 and making the clean environment. Although this plan seems quite vague, we can still hope for all the public and commercial use transport to be converted to electric vehicle category.

Norway beating the significant powers such as China, Russia, US and Britain with approximately 52% hybrid and electric vehicles sales in 2017 in comparison to 40% in 2016. Norway, one of the strongest contender in this industry has sure shot stated a preference towards electric vehicles. However, considering the same situation in India, there are still several challenges that are needed to be addressed.

So, talking about the pros of encouraging more electric vehicles is that more jobs will get open in the field and this will be another industry to serve the purpose of ‘Make in India’. With increasing demand for electric vehicles, this can prove to be a great opportunity for the country to develop the expertise in this field. also, Karnataka is already a hub of technological advancement in the country and it can definitely pick up the pace for the continued innovation in the industry.

Talking about the cons, one of the major concerns is that the country still lacks the infrastructure required for the electric vehicles. There are very limited charging points currently for the e-rickshaws which require charging for a long duration of time. Secondly, the roads in the country are not suitable for electric vehicles in the majority of the regions. Electric vehicles can prove to be a difficult choice when people have to go out of their own city and not all people are capable of buying two cars for their household.

Exicom Tele-Systems, a Gurugram based power electronics solutions provider is set to supply 125 EV chargers to EESL. The company is developing 100 AC charging stations to install with the capacity of 3.3 kilowatts each. Remaining 25 will be capable of 15 kilowatts DC chargers. EESL is a joint venture of NTPC Limited, Power Finance Corporation, Rural Electrification Corporation, and POWERGRID established under the Ministry of Power.

No doubt, electric vehicles can be much help to the country and will definitely be marked as a major landmark in the coming years, yet it is needed to be understood how it can impact the country economically.

The financial situation of a country is largely measured in terms of their buying capacity and the demand and supply of fuel within the country. A major chunk of the resources gets absorbed in fuel provisions. Promoting the use of electric vehicles will decrease the demand for fuel significantly (although electricity generation will also require fuel) and this will be a major saving for the country as a whole. Although, it is still very early to comment, however, inflation, human living index and taxes can be brought under control to a great extent through this move. It is yet to be studied how electric vehicles will bring a change to the whole economy, but it is definite that it will be a major economic win for the country.

7. My payment is not going through, what should I do?
Kindly email us at inf[email protected] or call at; +91-9560847547. We will take an action within a day unless there are errors from the banking end.