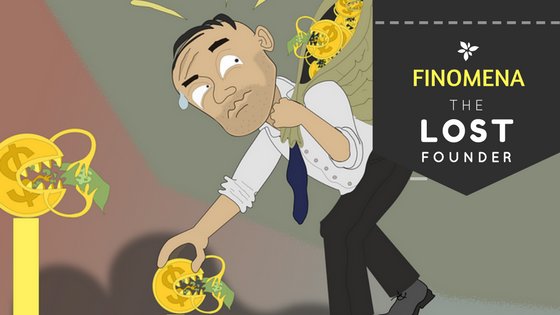 Funding: The startup raised an undisclosed amount of fund as seed funding from Matrix Partners India, Kaushal Aggarwal and Harshvardhan Chamria in March 2016.

A Bengaluru-based, Fintech startup, Finomena was founded by the graduates of IIT Delhi and Stanford and the ex-employees of Facebook, Microsoft, Boston Consulting Group and Bain Capital. The startup facilitates students and young professionals in buying electronic devices and appliances by providing them with small-ticket loans. The startup provides easy instalments or financing options to borrowers to purchase phones, laptops, and other consumer electronics online.

The seed funding they raised from the market all goes in vain. Other than this a setback to those investors who invested in their company and for their clients. Major competitors for the Finomena was ZestMoney, CashCare, Capital Float, and Lendingkart, and various other alternate loans startups too. They had wasted so much time on a service, which is already providing by the big Financial Institutions of the market.

Some reviews about the startups from their ex-employees and customers. Let’s know what their reviews are and experience with the startup. Below are some reviews:

“…Finomena.com is not such a useful site for money wallet…credit card is safer and cheaper…customer service is unprofessional and untrained…product quality is bad…fake and duplicate products dispatched…delivery time is normal…app is very ad-filled and contains a lot of bugs…website also loads slow. ..reliability depends upon one’s personal experience…” – a customer

“…worked at Finomena full-time…company is a hazard to anyone sane…management is absolutely clueless about their own technology…’senior’ management are dodgy people with little to no idea about the industry, and are extremely narrow-minded…engineering team is incapable of doing anything apart from the usual copy paste work…workplace is a cluttered mess…company goes lengths to talk about passion, but I’ve never seen a more disinterested bunch…company internally is a mess…lots of disorganization…” – an ex-employee

“…this is the worst website with even worst customer support…always says service error…95 hours are required for processing and after that, they decide to provide the loan or not…it had been fifteen days…not yet heard anything from them…company is fake…just collecting documents from people…to misuse it…” a customer

(*Reviews from Glassdoor and Mouthshut)

Both the cofounder’s LinkedIn profiles show the same designation in the Finomena. No further information is available about their current whereabouts. It is found that the lack of funding led the company toward shutting down. The startup’s success path was ceased by lack of fund and the start-up ended.

“The company was in the market to raise series A funding since early this year, but that didn’t materialize. There was two buyout offers too. That failed because of valuation,” according to a report by Moneycontrol.

Well, the startup was different from P2P lending firms but there are other startups too in the same field like ZestMoney, CashCare, Capital Float, and Lendingkart, among a dozen other alternate loan credit startups. The startup in the field with loan services was not a novel idea. The figures itself shows the states of customers here psychoanalysis of the customers and market trends is the basic thing to understand the mental state of the consumers with the trend. In India, Finomena was not a huge success in the fintech sector; however, this type of idea needed a deep pocket to give the startup a long life.

Trustability is the major factor for them to work in the fintech sector. As there are banks too also providing the same services. Pre demonetization the scenario for the startup was different and post the whole scenario was just changed. The government launched their own schemes and banks are now providing the same there is nothing to differentiate in between now. When they commenced the startup may be the idea was a revolutionary one, but the scenario totally changed post demonetisation. People trust banks more than any other third party for such services. Trustability is one of the major factors where they were lacking.

We go through the LinkedIn profiles of the founders and we conclude that this much of experience doesn’t matter; it’s not a countable experience. Fintech industry itself is very challenging and complicated that is why this much of experience was not good enough to run a business properly. Sometimes it becomes a challenge or complicated to handle a situation when you don’t have enough experience. This could be one of the probable reasons that the management was not much recommended. Definitely, the experience was a major thing where the founders were lacking, but the customer services were something that a layman can also do, where experience doesn’t matter at all anywhere that was a defaulted part of the company.