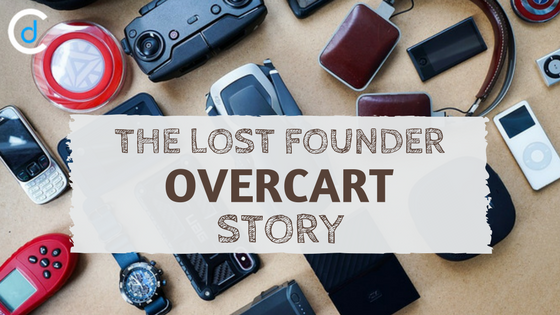 Overcart solved several of retailers, distributors, and manufacturers unwanted inventory problem by providing an online marketplace to sell their overstocked, unboxed, refurbished and pre-owned products across electronic categories liquidating directly to end consumers at discounted prices. The shutdown of Overcart hugely impacted the retailers, distributors and manufacturers, a big loss for them. Another significant loss to the employment sector, the job opportunities raised by the startups also demolished. A pure loss for investors and the initial amount invested by the co-founders all goes in vain.

As we always discuss the loss of employment because it is linked in many ways other than sitting job done by the workers, the loss of employment, a total of 126 employees were working over there. The reason behind the shut-down of the company was because of the low quality of the products and dissatisfied consumers. In November 2017, the company announced that it will only cater to bulk orders. Facebook page and Twitter account were not active since from September 13, they were only addressing customer complaints.

We are representing some reviews about the startups from their ex-employees and customers. Let’s know what their reviews are and experience with the startup. Below are some reviews:

“…delay in salary…no Sense to co-founders, how to run company…putting a lot of pressure…co-founders does not stick to words…co-founders are blindly biased towards the senior management…incapable of gauging who/what is good for their organisation and who/what isn’t…” – an ex-employee

“…I’ve bought a few gadgets and accessories from Overcart and I’ve never faced an issue as such…would suggest if you don’t want to spend much…they mostly have the latest gadgets and popular brands too…even if you face issues with the product, their customer support is quite prompt and friendly… – a customer

According to the LinkedIn profile of the co-founder of the startup Overcart Alexander Souter and Saptarshi Nath showcases that they are still associated with the venture. No further information is available about their current whereabouts.

A number of players caught the attention of the investor in the refurbished e-commerce marketplace and raised funding. If we consider some years back, the refurbished and pre-owned market was assumed to be the next big industry in e-commerce space in India. Considering India to be a thriving grey marketplace especially for unboxed, pirated smartphones, where the belief was that this retail model gonna be a boon in the country if warranty or return policy would be a firm ground to establish such market. But the execution is the major point where the challenge was its cost and implementation.

If we look at the overall overview of the startup then the review shows the states of customers, a huge number of the employees and customers were not satisfied with the Overcart’s operation and management. Through the customers’ reviews, we easily understand their services and how much they were dedicated to their work. From most of the reviews, it is quite clear that the users were not convinced by the services provided by them. While some were in favour of the startup other were not really. The startup shattered down because of dissatisfied customers and their low product quality.

The founders didn’t explain anything about the startup and even not facing any questions regarding the Overcart. Tried so many times at various platform to reach the co-founders but they were not reverting back. Market research, competitor analysis, understanding of market challenges within the industry, customer demands and requirements, psychoanalysis of the customers and market trends are some of the most important aspects of the business that are most important to be studied well before entering into any industry. There should be a proper outlining for the business model, without a proper track to follow it is very difficult to sustain.