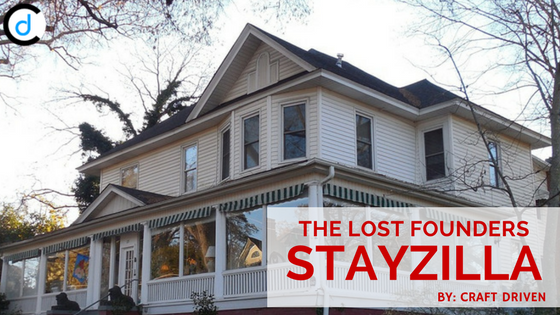 Stayzilla initially launched as an online travel agency, Inasra for hotel bookings. Later on, they renamed the platform to Stayzilla and in 2010 they pivoted it into a hotel aggregator model. They aimed to provide unprecedented reach to travellers by providing stays across the entire length and breadth of the country, including all sorts of options from ultra-low-budget rooms to luxury stays.

At the time of cessation of the start-up, Stayzilla had spread over more than 1100 cities with more than 17000 options. As the start-ups play a significant role in the development of the economy. Stayzilla had 200-500 employees, according to LinkedIn, and behind the scene, various another workforce of the company who did housekeeping work and various others these types of workers, and the homestay, guesthouse owners who suffer because of the company.

The actual fair loss USD 33.5 million, the invested amount of the investors was a pure loss for investors and the initial amount invested by the co-founders during investment. The money which can either be used in various forms. They raised funding from the market but still the upper management of the company fails to manage the operations in the favour of the company, nor they meet the customer’s expectation so far, nor their hotel aggregator partners neither they satisfy their employee’s contentment. From the shutdown, employees left their jobs and the biggest loss to the country’s economic growth.

So from above presented some review, defined their experience with the startup Stayzilla. We can easily analyze the review about the company from the consumer’s reviews.

According to their LinkedIn profile, it still showcases the same company and the same designations. No further information is available about co-founders current whereabouts. Yogendra Vasupal has been granted conditional bail by the Madras high court on charges of defrauding an advertising agency. A case has been charged by the local authorities in Chennai on the founder for defrauding an advertising agency.

“Some of the startups only want to earn money by defrauding the innocent customers and raise funding from the investors without having long-term plan to run the business and shut it down later on.” The start-up’s tragic death briefs the improper planning, lack of setting proper strategies and later on suffer the innocent customers by ruining their trip. The start-up derailed and forgot the original agenda behind the commencement of the Stayzilla, they lacked in various aspects of the business to run it properly, such as market research, planning, strategy, etc. They were unable to satisfy their customers in many ways neither provided quality services nor assisted in providing better services to grievances.

Through the customers’ reviews, we can easily understand their services and how much they were dedicated to their work. Various reviews showcase that they only arranged guesthouses or homestay from the local peoples and they did not pay them the amount of stay, and demand to serve the guest according to their wants. There were various other cases too about the defrauding customers and hotels or resorts, deducting charges for the services in the Stayzilla account, even after showing confirmation of bookings to customers, but in the resort record, there’s no such confirmation about the booking made by them. Most of all they didn’t return the amount which they had already deducted but not provided services to customers.

From the above review of customers and employees, it was obvious that the company was a fraud there is no other motive than defrauding the customers and hotel providers. This clearly shows the mismanagement of the top-level department who fails to manage the things properly. Lack of communications among the stakeholders, and between the hotels, resorts and also in the management of Stayzilla. Stayzilla also didn’t satisfy their customers in any manner, we can say poor customer services are one of the main reason behind shut down. It would have been easier for the company if they had given a thought to such kind of challenges well before in time. Also, they usurped the amount deducted for the services which they have never given to their customer, didn’t return the amount.

If we observed reviews, it is quite clear that the company management terribly failed to provide solutions to such issues. Also, the company did not learn even after hundreds of customers giving this as a major cause of concern for the services from the company. Such defraud led a case on the founder of the Stayzilla Yogendra Vasupal, charges were defrauding an advertising agency. But what our market research explicates the reason behind shut down was the lack of trust in consumer, fraudulent activities; lack of communication among stakeholders, mismanagement and the important thing is they lost their goodwill from the market one by one. In recent, an interim order of status quo passed by the Supreme Court against the proceedings of insolvency on the homestay aggregator. Thus, in September last year, the order freezing the insolvency resolution process (IRP) ordered by the National Company Law Tribunal (NCLT).

Our take on the whole scenario is that Stayzilla failed to get a proper understanding of its industry. It could not foresee the challenges that were most common and thus could not devise a proper plan to satisfy its customers in due time.