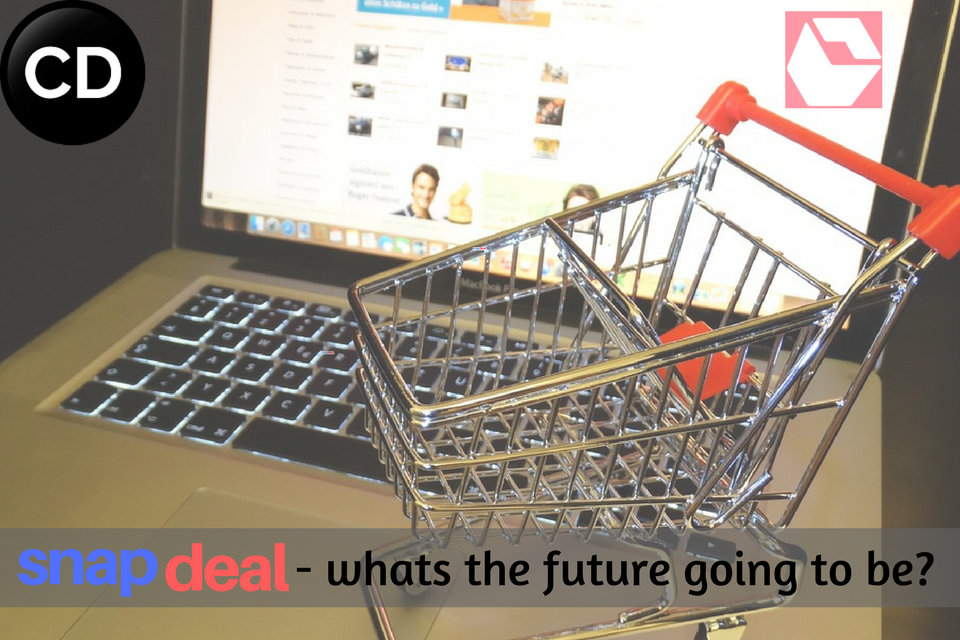 It was the year 2010, when Snapdeal.com set its foot in e-commerce in India and it was the birth of a new industry which was about to grow beyond limits in the coming years, but was unknown till then. Snapdeal originated as an offline business, later on, proceeded online in the same year of commencement. Snapdeal’s concept was to provide services to the customers at the best daily deals and discount offers to them- that’s what Snapdeal did extraordinary compared to others.

On 4 February 2010, a foundation for Snapdeal.com was laid down by Kunal Bahl and Rohit Bansal and it was one of the foremost New Delhi based Indian e-commerce company at the time. The whole concept was started with MoneySaver, an offline couponing business. In the first three months, they sold 15,000 coupons. After considering the positive response of first three months, they decided to take the business to the next preceding level and went online in 2010. In September 2011, Snapdeal.com extended as an online marketplace in India.

Snapdeal.com’s beginning was definitely not easy. Many mistakes they did, and learnt from those mistakes. Their entire effort was to offer the best deals and proposals to its customers and for achieving their goals they did persistent attempt and hard work. The continuous effort and zeal to become one of the largest online marketplaces in India, helped Snapdeal to reach 2nd position after Flipkart in the online e-commerce industry in India soon after their foundation.

Currently, Snapdeal.com has 125,000 regional, national and international brands and retailers, offering the collection of 30 million products, across 1,000 various categories over more than 300,000 sellers and more than 6,000 shipping facilities, reaching out across towns and cities in India.

In the mid of 2016, the biggest news was out by an article of VCCircle that one of the two biggest rivalries, Flipkart and Amazon might initiate a merger with Snapdeal. But the news was continuously denied by Snapdeal which stated it to be a rumour. Till the beginning of April 2017, the news was floating about the probable merger but nothing was confirmed by Snapdeal. But in April 2017, a report published by various media houses made its outline clear about the rumour of merger that SoftBank, the major investor of Snapdeal.com, wants Snapdeal to merge with Flipkart.

In March 2015, Snapdeal.com hired Amir Khan as its brand ambassador. After that, Aamir Khan’s statement “Intolerance in India” hit the fame of Snapdeal. Snapdeal faces the criticism for Amir Khan’s (Snapdeal’s brand ambassador) statement. In protest of Amir Khan, Snapdeal lost its rating and many customers uninstalled the app from their smartphones. Later on, on Feb 2016, Amir Khan was terminated from Snapdeal contracted after he issued an official statement in response to the controversy.

Another controversy started when several people started fake tweeting against Snapdeal regarding getting stones instead of their ordered mobile phones from Snapdeal. However, nothing of this sort was proved and it was more for getting publicity but it highly cost Snapdeal as a reputation.

The series of bad luck did not leave Snapchat as it suffered a great loss when it was assumed as a part of Snapchat. After the statement of Snapchat’s CEO, Evan Spiegel that he didn’t want to extend its business in India and Spain because they are ‘poor nations’, people started uninstalling app of Snapdeal instead of Snapchat. The confusion led to a bad mark on their reputation and gave a big lead to the competitors. Unnecessarily Snapdeal caught in the fire of the Snapchat and lost all its rating and goodwill in the market. All the controversy always made Snapdeal on limelight of the media. Snapdeal employees filed the petition in the Labour Department against the company claiming that the company fired their employee and had forced more than 600 employees to resign the company. After the protest against Snapdeal, Delhi Govt. ordered the Labour Department to examine the assertions.

Loopholes in the Execution:

Snapdeal’s management admitted that they made mistakes which are not forgivable and cost them a lot of revenue. Many decisions went wrong from the perspective of future goals, even though they were taken to make the whole business line more fruitful. The founder of the company has agreed that in the last few years, Snapdeal started commencing mistakes which brought their competitor to better positions.

Another immature move of Snapdeal was investing over rebranding when they had nothing in their hands. The whole episode cost the company more than INR 200 crores but still had to be dropped out because of no results. Definitely, the company failed to examine its outcome prior to initiating the move.

Adding on to its lack of foresight, the company introduced Freecharge mobile payment when more than a dozen of successful payment gateways existed in the company. And it all resulted in getting lost among the industry leaders when all the efforts went in vain.

2016 was full of jolts for the company when one after the another, great leaders started leaving the company. Several top-level exits were made in 2016.

Snapdeal.com was at the number 2 spot after Flipkart but the arrival of Amazon in the market changed the whole synopsis. People got the best alternative in the e-commerce industry. Snapdeal competitors in the industry are: Flipkart, Amazon, HomeShop18, Paytm, ShopClues, Myntra, Jabong, etc. But honestly, Amazon and Flipkart are the biggest and toughest competitors in the market for consumer goods and Snapdeal’s fashion department considers Myntra and Jabong as its biggest competitors.

Flipkart and Snapdeal were the biggest players in the market and the competition was almost harmonious between the both. But the entire game changed when Amazon stepped into the Indian market. In 2016, when Amazon entered in India with the additional investment of $3 billion, the Amazon’s target was clearly visible to the industry. Snapdeal, despite having powerful sponsors, frequently lost its customers’ support and tried to find its unique selling proposition (USP) quickly which made it to fall into a bigger mess. Snapdeal is facing its identity crisis since last few years. Where Flipkart has developed its in-house strong logistics infrastructure, which is a plus point and Amazon has years of existence and a strong monetary background, Snapdeal was left to try out its own mechanics.

Snapdeal is in an unfavourable situation, where it has a problem of raising funds due to lost goodwill in the market. However, it will be interesting to watch the comeback of Snapdeal because Snapdeal has enthusiasm and zeal, which they showed at the time of commencement. Its well-wishers are still expecting a revival of Snapdeal and see it in the top three in this industry.