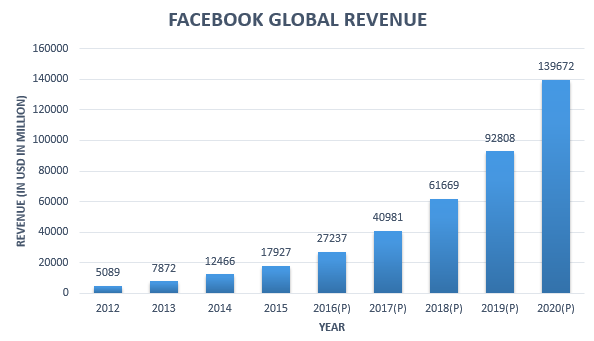 Facebook has become an everyday activity for thousands of millions of people worldwide. Facebook is the most popular social media with nearly 28B monthly users in 2016. In addition, similarweb.com ranked Facebook number 1 based on the traffic on the website. United States, Brazil and United Kingdom are major marketplace for Facebook with maximum number of users. Latin America and North America has the maximum number of Facebook users in the world followed by Western Europe, Middle East and Africa, Central & Eastern Europe and Asia Pacific. Furthermore, 63% of Latin America and 60% of North America population use Facebook at least once a month.

30-44 year of age people who are often highly active on Facebook, 26% of users hardly post anything, 8% users post every day and 29% users posts once a week. 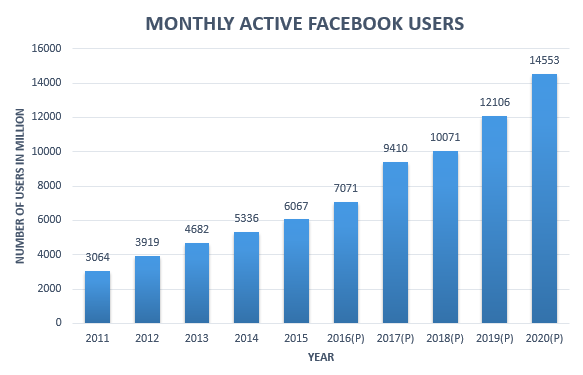 Facebook monthly active users are those who logged in their Facebook profile at least once in last 30Days from the day of measurement. Facebook is becoming popular day-by-day and users are increasing rapidly in social media marketplace. There were 6067 million monthly Facebook users in 2015. The year 2020 is expecting a rise in Facebook users by 139%. There is around 14% rise in number of monthly users year-to-year. But year 2017 is expecting growth of 33% monthly active Facebook users. Eventually, rise in Facebook users made many companies to use Facebook as a platform to reach to the wide audience and to be interactive with company supporters/ followers beyond borders. Coca-Cola with 97.53 million likes followed by YouTube and Red Bull are highly active with their followers through Facebook.