In-Car Entertainment (ICE) or In-Vehicle Infotainment (IVI) is the assembled hardware devices, such as audio, visual and audiovisual entertainment inbuilt into automobiles. Installation of video game consoles into the vehicle is the most common accrescent trend in IVI system. The major market growth segments in the space are the advancements in technology, increasing awareness of new-age navigation systems, rising use of Linux, growing demand for telematics, increasing consumer interaction with mobile devices and the built-in connectivity. In 2018, the revenue of the in-car entertainment services segments amounts to US$ 0.5 million (S$ 0.69 million) and is expected to increase at an annual growth rate of 27.8% (CAGR 2018-2023), resulting in a market volume of US$ 2 million (S$ 2.74 million) in 2023.

According to a conducted survey between 2016 and 2017 by Household Interview Travel, 5% increase has been seen in overall travel demand which is 15.4 million journeys compared to 2012 survey. Journeys made with buses and trains hit a record in 2016, increased by 6.1 trips million in comparison to 5.5 million trips in 2012. Trips with private vehicle fell for the first time since 1997 almost two decades in 2016 yet overall demand for travel increased, according to the Land Transport Authority (LTA) survey. People experiencing shorter daily commute trips less than 20km completed within an hour in bus and train increased to 79% in 2017 from 76% in 2012.

In Singapore, the government controls ownership of the private vehicle to control the road congestion through bidding certificate of entitlement (COE). The right to register, Certificate of entitlement granted for the period of 10 years to own and use a vehicle. At the end of the tenure either the owner may deregister or pay to revalidate COE of their vehicle for another five or 10 years. Car population continuously dropping as the total number of vehicles shrinks every year. Thus the shrinking private car ownership is negatively impacting the sale of in-car entertainment. The Land Transport Authority (LTA) of Singapore said that the permitted vehicle (cars and motorcycles) growth rate of the city would be cut down to 0% from 0.25% per annum and the rate will be reviewed in 2020.

Competitive Landscape in the In-Car Entertainment:

Intel Corporation, Luxoft Holding and Nuance Communications are the key software vendors for IEC systems. The retail volume sales of the ICE in 2018 continued to be led by Pioneer and AllBright Technology. Pioneer Electronics Asia due to its dominance of in-dash media players took over the leadership of in-car entertainment from AllBright, in 2018. Although AllBright Technology losing its leadership of in-car entertainment still continuing to gain share in the market due to its solid brand reputation and retaining its leadership of ICE by offering accurate navigation systems. The major participants of the ICE market focus on development activities and market research in order to compete in the market by introducing better, upgraded technology and features providing advanced and cost-effective products to the end-users. Market research and development activities required a high expenditure in the in-car entertainment market. 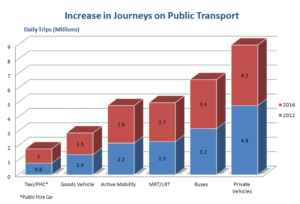 By 2025 connected car is going to be a common thing in the world. It will include the vehicle, communications, and the Internet of Things. In-Car Entertainment segment is a huge market to cover but there are many obstacles to reach out the potential market in Singapore. Instead of targeting private ownership car, the in-car entertainment market companies can easily target the segment of public transportation easily. It will help them in gaining more profit and the market segment would be an easier one to target. For covering the segment of public transportation the companies can simply apply through the government tender.

Nowadays multiple companies are focusing on mergers and acquisitions with startups. Car rental industry’s major players are offering customers to buy goods during the ride and experience of in-car shopping. Go-Jek acquired Promogo, the Indonesian adtech startup and introduces Go-Vend, car retail service in its car during the trip. In this, during the trip, a customer can buy its daily necessities things or can receive free samples from leading brands inside the car. Also, in the car, the customer will get a service “the equal of in-flight entertainment services”, in which the customer will be able to charge their phone batteries, use Wi-Fi, pick up brochures, taste product samples or watch movies or shows during its on-going trip.

Merger and acquisitions with startups will provide ample opportunities to the ICE companies. Grab the leading car rental service provider in Singapore also associated with a startup Cargo and running services under the name Grab&Go. Grab&Go providing services to the passengers that they will be able to select from a Cargo display box and buy various snacks and other consumer goods. Also, the consumer will be able to use their smartphone to order online from the online menu and it will cost to their final fare. Grab&Go has partnered with Kellogg’s Nutty Chocolate cereal bars, skincare products from Biore UV and Novu, hair care products from Lux Luminique and various other brands and also they are offering a range of complimentary samples to passengers. Through this, the driver-partners will also be able to earn in-between US$ 56 (S$ 77.07) and US$ 187 (S$ 257.37) per month as additional income.