India and Israel’s Fusion: A Step Towards Innovation 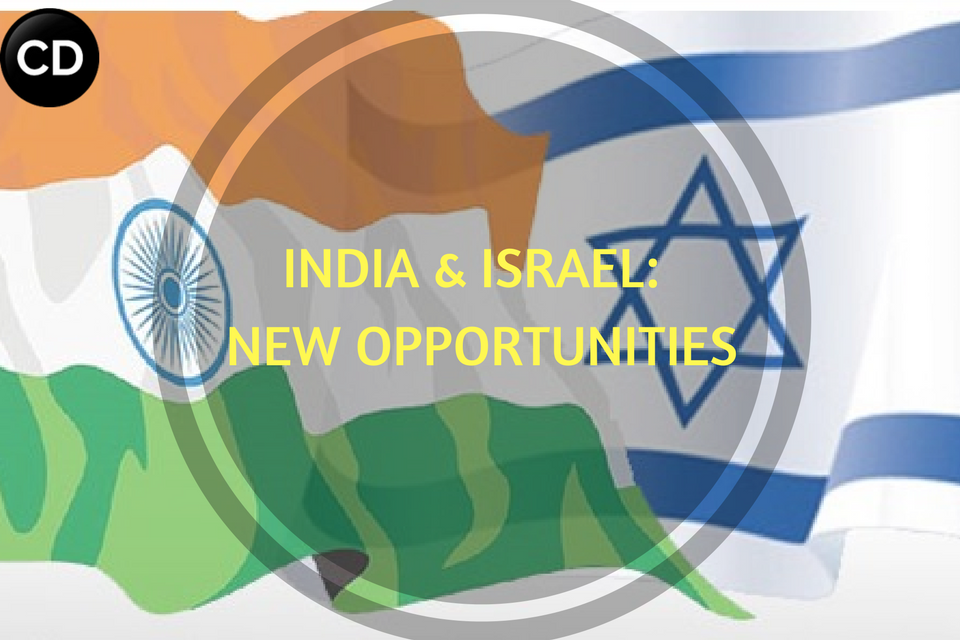 In our last article (Start-ups Scheme by Different Countries Government- I), we shed light on the two most powerful countries in terms of economy as well as start-up community- USA and UK. For this one, we are highlighting the two most talked about countries regarding the growth of start-ups and the innovation that the start-ups have come up with. These countries are and Israel. Israel is one of the countries, which nobody ever thought to grow at such a significant India level. There are several technology-based innovative start-ups in Israel. The most striking factor here is the attraction that these start-ups are seeking from the Silicon Valley. A large number of start-ups have received funding and many have been acquired by the global start-ups. Similarly, India has shown great interest and drive from the youth who have started some of the world-renowned start-ups. The growth of these start-ups has motivated several global incubators and accelerators to enter the country.

Adding to this, the two countries have recently been in the news following the strategic partnership of the two in this particular segment. India has started the government support under the name of – Startup India and Israel have Startup Nation. Indian Prime Minister visited Israel in the month of July 2017 and when the officials of both the countries met, they came up with several innovations supporting schemes. This is going to be a road of opportunities for both the countries and their start-ups.

The result is quite exciting with an Innovation Initiative Fund for the start-ups of both India and Israel with worth $40 million for tech-based innovations. Not only this, Wipro is going to partner with Tel Aviv University for supporting more collaborated research in emerging technologies. India has also relaxed several policies and regulations so that it is now easier for any company to work to expand their market in India.

Schemes & Financial Services Provided by Their Government to The Country:

India ranks third in the global startup hub ranking, with more than 30,000 start-ups. The government’s initiative in Make In India has been a great success for start-ups. The encouragement of government towards start-ups change the whole scenario of entrepreneurship in last few years. The government supports a lot in making the route of starting up a start-up entrepreneurship either providing financial services, guidance, education or counselling.

The start-up has not applicable not prior to 7 years and 10years for Biotechnology, do not have a turnover of more than 25 crores in any preceding FY then they are applicable to start-up incorporation and registration. The government initiated in start-up India is single window clearance even with the help of mobile-app, 1000 crores of funds, patent registration fee reduced, starting 5lakh schools to provide 10lakh students innovative programme, and so much more to make India as a part of start-up hub in the world. Reserve Bank of India is also providing help to the start-up by reforming the step better ‘ease of doing business’ in the country and also contributing to the ecosystem for enhancement of the growth of Indian start-ups.

Israel’s capital Tel Aviv ranks sixth in the global start-up hub ranking with 5125 start-ups. Israel geographical wise small country but in the field of technology very vast. It has 5,000+ start-up actively working in each sector but mainly in the technology sector. Israel a hi-tech industry moving upward to the growth and becoming an active part of the start-up hub. A small country all the start-up are mostly immigrants, country occupied with full of enemies, with no local market and resources. Israel practised as a start-up ecosystem in the world, to bump only Silicon Valley.

Israel government set an example by alimenting the start-up growth. Most of the Israelian companies are listed on NASDAQ after US and China. In 2016, Israeli start-up raised an amount of $4.5billion in venture fund and double the amount in the outcome that was $9billion, that was a record itself.

The main reason for their growth and the support from their government are as follows: Education, Investment in Innovation, the IDF Technology, Efficiency over Protocol and Hierarchy. If we talk about the Investment in Innovation, Israel government invest their 5% GDP to the private sector through Ministry of  Economy plans and grants of the Office of the Chief Scientist. Hitherto no such country has ever done so far, nor has anyone been able to come so far to invest such amount. They provide education and guidance in unique needs in the security and other sectors as per the need of invention. Despite the size of the country, the Israel Government focus more on the education of their citizens. The growth of Israel start-ups main factor is IDF Technology and  Government Innovation Policy. Israel University providing quality education to their youth and inducing them toward growth.

Relation Between India and Israel:

It has been a complicated relationship between Israel and India since 1992 which seems like a cold war. As the outcome of this diplomatic relation, we’re observing for many years, India is always keen to build relation with Israel especially in the reign of BJP (1998-2004). Before this in 1992, P V Narasimha Rao, established a relation between both the countries in the reign of Congress leadership. As Israel is the second largest supplier of arms to India. India and Israel’s relation is longstanding and are currently working for each other in various terms like defence and native land security, water management and agriculture, and now in education and in external fields as well.

The business relation between India and Israel developed from the very beginning, and as has been mentioned above, both the countries have been a support for each other’s business goals. However, from the past few years, the conditions were not that favourable and a decline was observed in the bilateral trade between the two countries. In simple words, we can say both the countries do not know each other. We Indian don’t know much about the country, most of the Indians only know that Israel is a war-ravaged country and is a military power. From Israel’s perspective, India doesn’t exist anywhere on the map and if it exists then it is just a holiday destination. This behaving like strangers has been speculated to be the main reason for fall from $5 billion in 2012 and now $4 billion in bilateral trade.

Very few Indian companies have an above standard investment in Israel- like in 2013, Tata was the lead investor with $20 million. The Israeli market is too meagre for Indian small and medium enterprises, although it is beneficiary also to invest in research and development project of theirs. Last year, some Indian companies helped to build a new technology incubator for which Mahindra, Wipro, Sun Pharma, Reliance Industries and Infosys also invested in Israel.
Some of the Israeli companies subsidiaries in India are Teva Pharmaceuticals, Truphatek, Netafim and Amdocs but in comparison to West, they are very limited in India.

Lets hope, after all the continuous efforts from last two decades, and rather we can say, past so many years’ efforts, in the association of both countries the relation of business will be raised and one day both the countries will be at the peak of industry in the world.

Likewise these countries many other countries also in progress to be a part of the start-up hub’s list. Start-up is now such a trend in every country and their government co-joining them and providing, their entrepreneurs, in choosing their dream and providing wings to them and support the country’s economy also.