Indian Manufacturing Industry: Is it going to Create an Easy RoadMap? 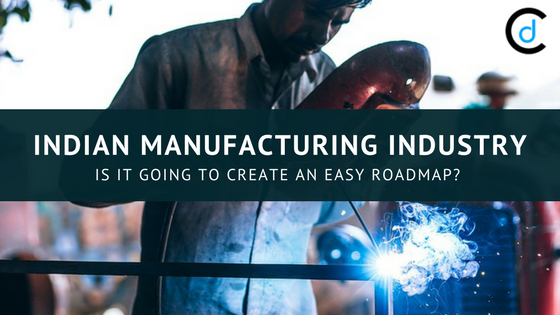 The World Economic Forum (WEF) report has been generated in collaboration with A T Kearney and the need of the hour to accelerate transformation in the public-private collaboration for new and innovative approaches call. According to the WEF India ranked at 30th position in a global manufacturing index achieved over other BRICS companions, Brazil, Russia and South Africa, but below China who holds the 25th spot.

The Global Manufacturing Index released on Sunday, on the basis of developing the best structure of production, Japan ranks at 1st position in its “Readiness for the future of production report”, other remaining countries in the top 10 are South Korea, Germany, Switzerland, China, Czech Republic, the US, Sweden, Austria and Ireland. BRICS nations Russia gained 35th position, Brazil 41st and South Africa at 45th.

India the 5th largest manufacturer in the world with total manufacturing of 2016 over USD 420 billion value. “Country’s manufacturing sector has grown by over 7 per cent per year on average in the past three decades and accounts for 16-20 per cent of India’s GDP” – said WEF.

Achieving the 5th position in the world manufacturer still, there are lots of skills, technology, regulatory of laws in which the country lag behind. The country requires a lot of development to maintain the position and perform better than any other leading countries. Let’s know what the important criteria are where India needs to perform better to reach out from the legacy group to leading one.

The government should arrange and create laws for labours benefit and as well for the betterment of the country are:

How the government should create and spread awareness in women:

The government should set his goal first regarding the need of the manufacturers in the industry like small and medium scale, where labour applied more and create new jobs in the industry; the tariff might help to serve the purpose. Equally, should focus on the high-quality export goods to the world to become a smart manufacturing hub.

The government should focus on:

“Home to the second-largest population in the world and one of the fastest growing economies, the demand for Indian manufactured products is rising. India has room for improvement across the drivers of production, except for demand environment where is ranks in the top 5,” said WEF.

In a country like India, where solar energy, wind energy and various other natural resources are easily available, so the government should limit the use of diesel and petrol to help the environment. Many countries already started taking major steps toward sustainability and green growth by ensuring their development is environmentally and economically sustainable. They improved the environment and with it also improved profit-making and competitiveness. India should also focus on sustainability.

Overall, India attains a good position in comparison to its neighbouring countries, such as Sri Lanka, Pakistan and Bangladesh and the countries placed below India includes Turkey, Canada, Indonesia, New Zealand, Australia, Hong Kong, Mauritius and the UAE. The countries placed better than India are Singapore, Thailand, the UK, Italy, France, Malaysia, Mexico, Romania, Israel, the Netherlands, Denmark, the Philippines and Spain.